Raising the basic personal tax exemption amount may be a good way to give back any extra carbon tax collected. For example, increase it by $1,250 each year starting in 2018 to go from $8000 now to $14,250 in 2022 – ending with a savings of $613 for every taxpayer, every year.  Why is spending the carbon tax money on incentives not enough?  Read on below.

Recently I posted about the home energy audit programs that the PEI government offers some assistance with.

It is good that we have these programs, but it is clear that they don’t go nearly far enough if we are going to make a dent in our GHG (Green House Gas) emissions.  That’s what the proposed carbon tax is all about – reducing GHG emissions.  On page 6 of this research document (PDF) Table A11-5 shows the 2014 GHG Emissions on PEI.  The 2014 PEI total is 1,800 kilotons (1.8 million tons) carbon dioxide “equivalent” gases (CO2E).  At the $10 per ton CO2E carbon pricing the federal government has imposed for 2018, this is $18 million dollars that PEI must charge on carbon emissions.  The feds plan to raise the price per ton by $10 each year so that it will be $50 per ton CO2E by 2022 or the massive sum of $90 million dollars on PEI.  And the PEI government has said this will be done without increasing taxes for fishers and farmers!

The only way to avoid the $90 million figure by 2022 is to reduce the amount of GHG emissions on PEI.  This is the most important thing – we MUST reduce our carbon emissions!  Of course, this is the whole point of carbon pricing. 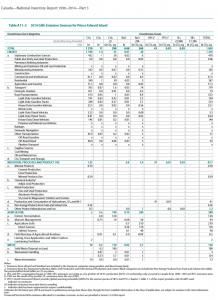 It’s pretty clear that the existing government programs at Efficiency PEI are not going to go far enough to achieve this.  So, how do we do it?

Transportation is the largest producer of carbon emissions on PEI at 43% (779 kilotons CO2E in 2014), so this would seem to be the logical spot to get the most carbon emissions reductions – but I’m not so sure in the short term.  Give incentives to purchase electric vehicles?  Vehicles are expensive – especially electric vehicles.  This will only go so far as it targets those who are in the market to buy a new vehicle, and potentially leaves out low-income earners who can’t afford a new electric vehicle – and of course used ones are very rare.  So, yes we need to start immediately building the infrastructure for electric vehicles and start incentivizing people to purchase them, and also look at increased low-carbon public transit options.  However, I believe this will only make a small dent in transportation GHG emissions by 2022 – perhaps a 25% or 200 kiloton CO2E reduction in transportation carbon emissions by 2022 is optimistic (for example, if there are 100,000 vehicles on PEI then 25,000 would have to be replaced with electric by 2022).  This would decrease the $90 million in 2022 by about $10 million.

“Stationary Combustion Sources” contribution to GHG emissions is about 26% of the total on PEI (470 kilotons CO2E in 2014), of which 61% (287 kilotons CO2E in 2014) come from Residential sources (e.g. home heating), and 22% (103 kilotons CO2E in 2014) come from Manufacturing Industries.  I believe this is an area where the GHG emissions could be lowered more quickly.  Low-carbon-emission options are readily available and more mature (e.g. heat pumps).  Heating systems are much less expensive on a per household basis than vehicles.  It would be easier to incentivize all households to move to low-carbon options.  On the manufacturing side of things incentives to move to low-carbon options could provide industries with a competitive advantage on PEI via cost savings.  [As an aside, most low-carbon options are electricity-based and so increasing the amount of locally generated power at the same time via renewable energy sources like wind turbines and solar panels would be an additional boost to the PEI economy.]  With the proper incentive programs, I’m going to predict that Stationary Combustion Source carbon emissions could be reduced by 75% (350 kilotons CO2E) by 2022, knocking an additional $17.5 million off the 2022 carbon pricing. 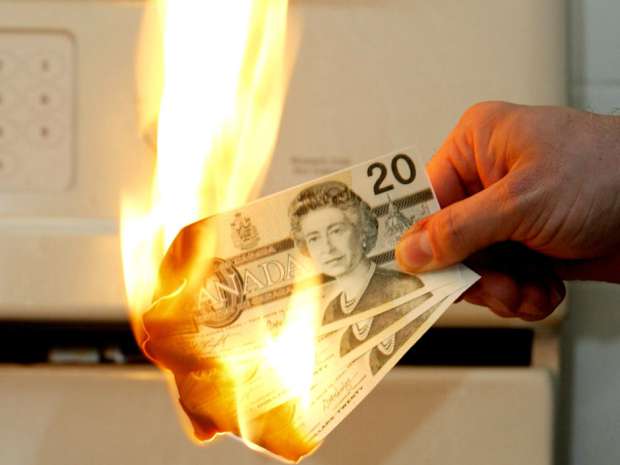 That’s why giving tax breaks to Islanders equivalent to the additional carbon tax is so important. For example, raising the basic personal tax exemption amount is potentially a fair and equitable way to ensure that Islanders get back the extra carbon tax collected.

So, raising the income tax basic personal amount from $8000 in 2017 by approximately $1250 per year would achieve a significant offset in taxes (although not quite revenue neutral).

What do you think?