You are here: Home / Blog / Trivers and Bevan-Baker Sing At Rollo Bay

It was a real pleasure to bring greetings to the Rollo Bay Bluegrass and Old Time Music Festival.  And who is the President of the PEI Bluegrass and Old Time Music Society, and MC of the event?  None other than Shirley Smedley Jay – who just also happens to be the Executive Director of the PEI Home & School Federation!  In fact, I was working with Shirley recently to find out more about the School Food Programs the PEIHSF is pursuing as my leadership campaign team is working to raise money for school food programs (in the end we will be donating directly to schools in need across the province as opposed to the PEIHSF). 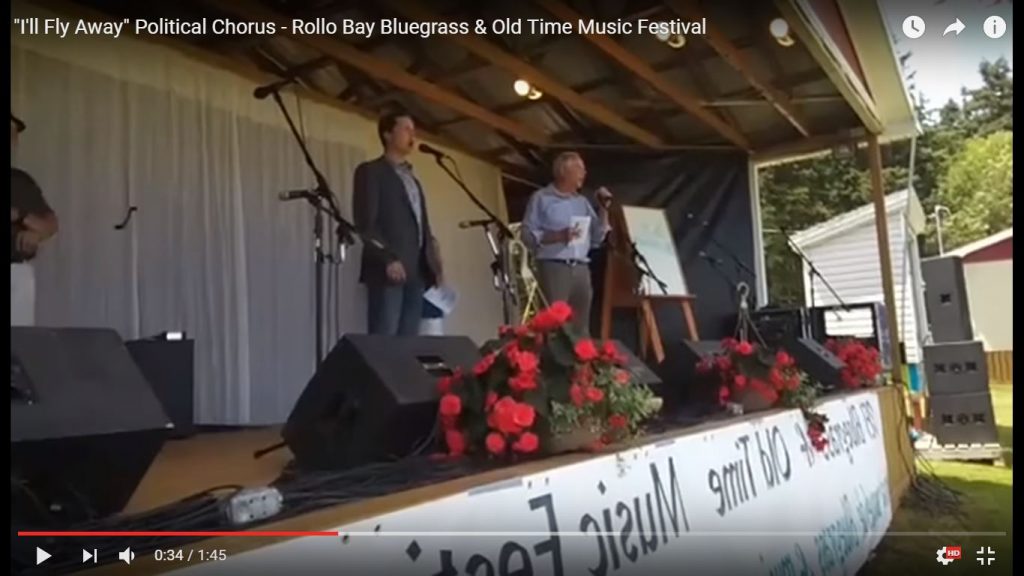 Another highlight of the event was to sing a few choruses of “I’ll Fly Away” with leader of the 3rd party – Peter Bevan-Baker and the rest of the crowd.  You be the judge as to how we sounded by listening to the video below 🙂