You are here: Home / Issues / Consultation policies of Dept of Environment and Dept of Transportation?

Question stemming from the Maritime Electric new substation and power transmission line on Smith Road / Millvale Road / St. Mary’s Road: “Dept of Environment and Dept of Transportation are the departments involved – what are their consultation policies? Do you think it matters whether these projects are in incorporated or unincorporated areas?” 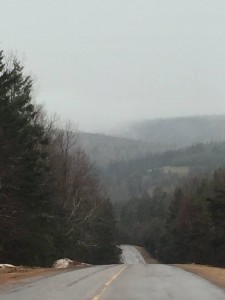 The PEI Planning Act (Chapter P-8) is the main legislation that governs how the PEI government deals with land planning.  Of course, it is recommended that it is read in its entirety to fully understand, but below are some relevant excerpts I have pulled out.

This summarizes the responsibility of the government with respect to land planning:

Modification of official plan and bylaws to conform with regulations

This summarizes the responsibility of a municipality – note that it includes both official plan and bylaws:

7.(2) Where regulations have been made pursuant to clause (1)(c) or section 8.1, the council of a municipality with an official plan or bylaws made under this Act shall, within one hundred and twenty days of the date of publication of the regulations in the Gazette, make such amendments to its official plan or bylaws as are necessary to ensure that any requirements imposed thereby are not less stringent than those imposed by the comparable provision of the regulations

This is the main section that outlines PEI government responsibility for provincial planning regulations – i.e. within unincorporated areas:

8.(1) The Lieutenant Governor in Council may make provincial planning regulations applicable to any area except a municipality with an official plan and bylaws

8.(1) (a) with respect to planning and land use matters affecting the general welfare, health, safety and convenience of persons in any area or municipality;

I believe this is where the government has the mandate to specify that a public notification and/or consultation must occur, the ability to make a customized agreement with a developer (e.g. Maritime Electric):

Here is where compliance with the Environmental Protection Act is brought in as a mandatory condition.

8.(1) (h) with respect to environmental protection and in particular

This is where the Roads Act is referred to for governing heritage roads, and the limitations in place there.  I believe it also covers that construction of new roads that might be required to maintain power lines installed “cross-country”.

8.(1) (q) with respect to the enforcement of this Act, regulations and bylaws and in particular

This seems to give the government the ability to define a “special planning area” within a municipality to suspend its bylaws.  I’m trying to think of a practical example of this – perhaps a park, or the Lieutenant Governor’s residence at Fanning Bank.

8.1 The Lieutenant Governor in Council may make regulations with respect to special planning areas and, in particular

I believe that Section 9.(1) basically says that a municipality must have an official plan before they can take over planning for their area from the province.  However, it is interesting to note that there is the ability to have an Interim Planning Policy as defined in 10.(1) for a municipality until the official plan is in place.

10. (1) A planning board may recommend to the council the adoption of an interim planning policy containing limitations, restrictions and prohibitions on land use pending the completion of an official plan.

(2) The council or the Minister, as the case may be, may refuse to hear applications for subdivision approvals, development permits or building permits from the date of receipt by the council of the proposed interim planning policy until the bylaws giving effect to the policy come into force.

(3) The council shall, before adopting an interim planning policy hold at least one public meeting, notice of which is published on at least two occasions in a newspaper circulating in the area, not less than seven days before the meeting, in order to give an opportunity to residents and other interested persons to make representation.

(4) The council shall maintain a record of the proceedings at the public meeting and, in particular, of the objections and representations made by the residents and other interested persons. (5) Within sixty days after the public meeting the council may, with the approval of the Minister, make bylaws to give effect to the interim planning policy. (5.1) Where a bylaw has been made under subsection

(5), regulations made under subsection 8(1) are suspended while the bylaw is in effect.

(6) The bylaws shall remain in effect for a period of six months but may be extended for a further period not exceeding six months.