You are here: Home / Issues / Use local, clean, renewable energy for PEI needs

Ideally all energy used would be generated on PEI – reduce reliance on electricity from mainland (New Brunswick, Quebec).

Build a natural gas pipeline to PEI and use the fixed link as a conduit – piggy back on the Confederation Bridge.”

We already have enough wind turbines on PEI to supply almost all the energy needs of the province when they are running at peak capacity – i.e. when the wind is blowing (see this link for an almost real-time break-down of PEI’s energy sources).  There are times when more than 95% of PEI’s power usage is supplied by our wind turbines!  However, much of the time our power is supplied from New Brunswick, like in the image below from 4:14pm on January 25, 2016. 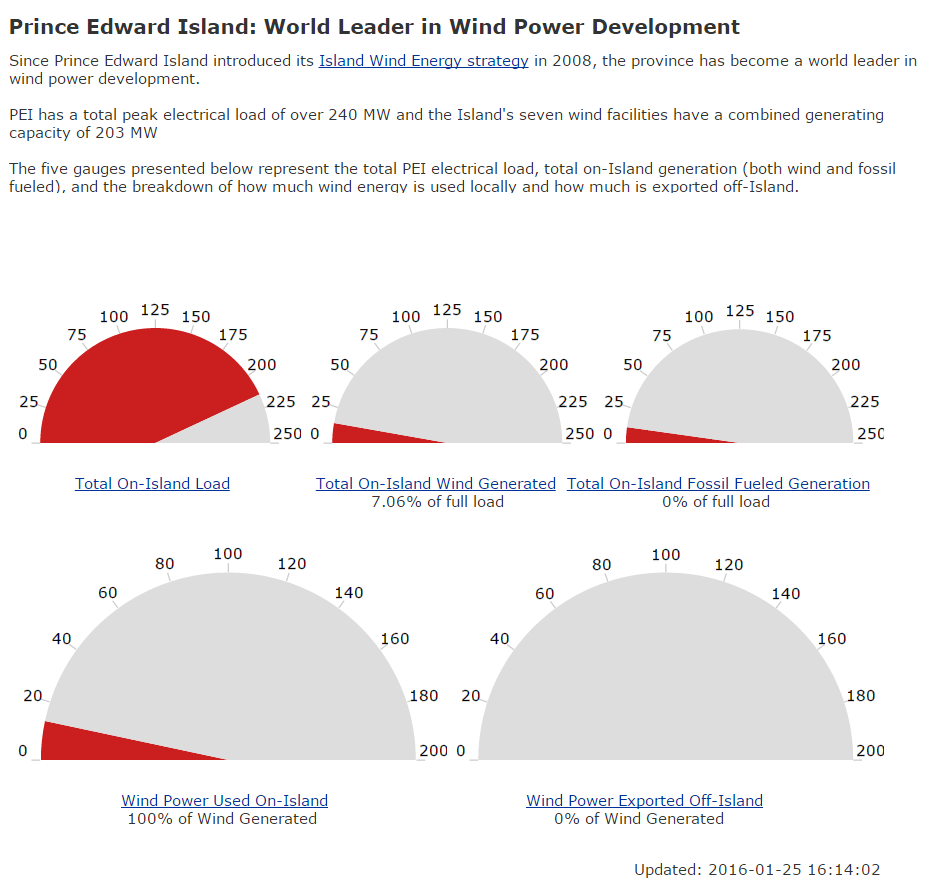 The problem is that we need to store the power created when the wind is blowing so it can be used when the wind isn’t.  The same is true for solar energy – solar panels only produce power when the sun is shining, and it needs to be stored for use at night.

Power storage solutions are just becoming feasible from a cost perspective.  These include battery storage (e.g. lithium-ion, liquid metal, etc.), pumping water to a higher elevation to be used for hydro electricity, and spinning up flywheels to store the energy.