You are here: Home / Blog / Oysters for Culture on Mussel Leases

For several years there has been an ongoing debate as to whether multiple species of shellfish may be grown on a single lease.  Primarily mussel growers would like to grow cultured oysters on their leases.  The demand and price of oysters has steadily risen and growing oysters is very lucrative.  The Standing Committee on Agriculture and Fisheries has received presentations from the PEI Shellfish Association and the PEI Department of Agriculture and Fisheries and explored the issue at length.

Traditionally oysters are harvested in the wild by “tonging” in relatively shallow water.   In more recent years cultured oysters have been grown on leases that are controlled by the Canadian Department of Fisheries and Oceans.

Download presentation by PEI Department of Agriculture and Fisheries – March 18, 2016 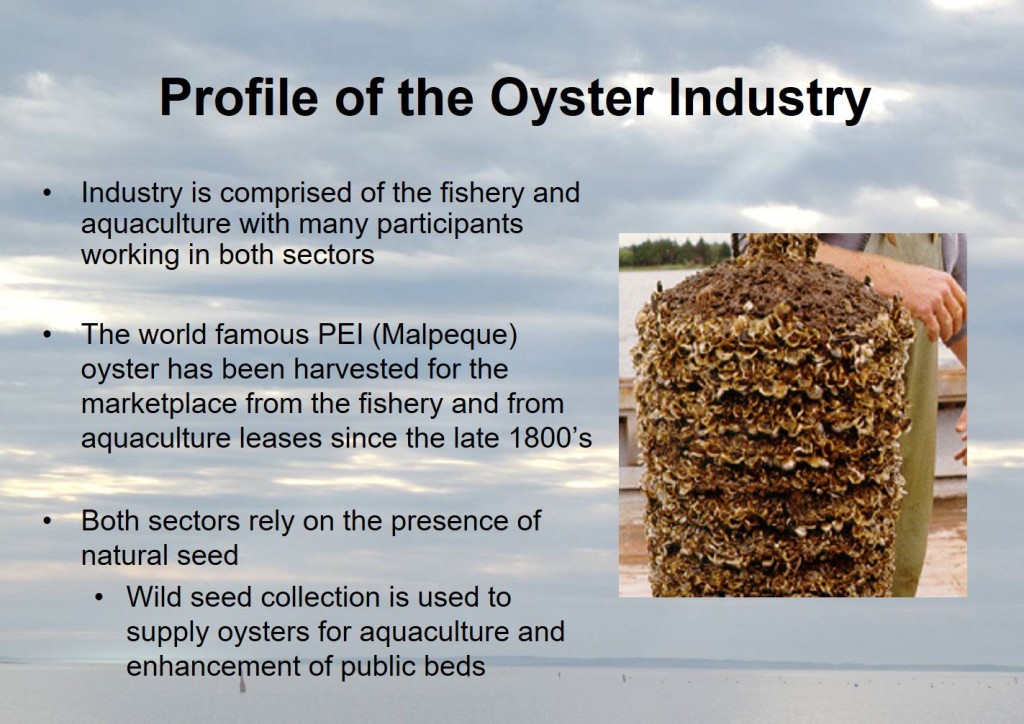