Well – it has been just over one week since the people of District 18 Rustico-Emerald voted me in as their MLA – thank you!  Of course, it has never really been about me.

Most importantly it is about the process of democracy – the people of District 18 opening up their doors and their hearts, and casting their votes with an air of optimism, and hope for positive change and a better future.

It is about working to move PEI in “a new direction”.

It is about the the PC Party renewal inspired during and after the process of choosing our new leader, and the leadership of Rob Lantz.

It is about the PC association executive and members – some who have been working for over 12 years in the district to see a PC MLA.

It is about Team Trivers 2015 – the people who worked hard in the office, putting up signs, driving the candidate, spreading the “buzz”, scheduling events, and numerous other tasks.

So, what can we do to make that positive change?

As your new member of the legislative assembly I can:

A) Speak about the plans, successes and needs of District 18 in the legislature – e.g. as part of my response to the speech from the throne (which has no time limit).

B) Make motions in the legislature as to what direction the government should take.  There is limited time for this and the motions will require buy-in from the rest of the PC Caucus so they are prioritized and make it to the floor.  Of course the government has no obligation to take any action, even if the motions are passed.

C) Introduce amendments to legislation and/or private member legislation to the floor of the house.  If passed in the house this actually becomes law.  This requires the most work and the votes of a majority of MLA’s to pass – i.e. 14 votes from a combination of PC’s, Green and Liberal MLA’s.

D) Meet with government ministers, MLA’s and civil servants in an attempt to forward the District 18 agenda.  For example I can lobby to get government MLA’s to champion the desired changes.

I plan to use this blog as the center of my MLA communications.   I will keep my promise of holding “office hours” and “town halls” throughout District 18, at times and locations that people can reasonably attend – schedule coming soon.

Thanks again to all for your support! 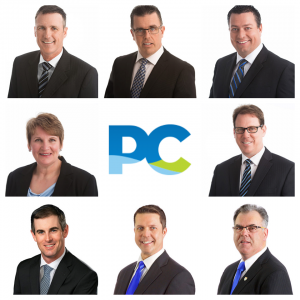