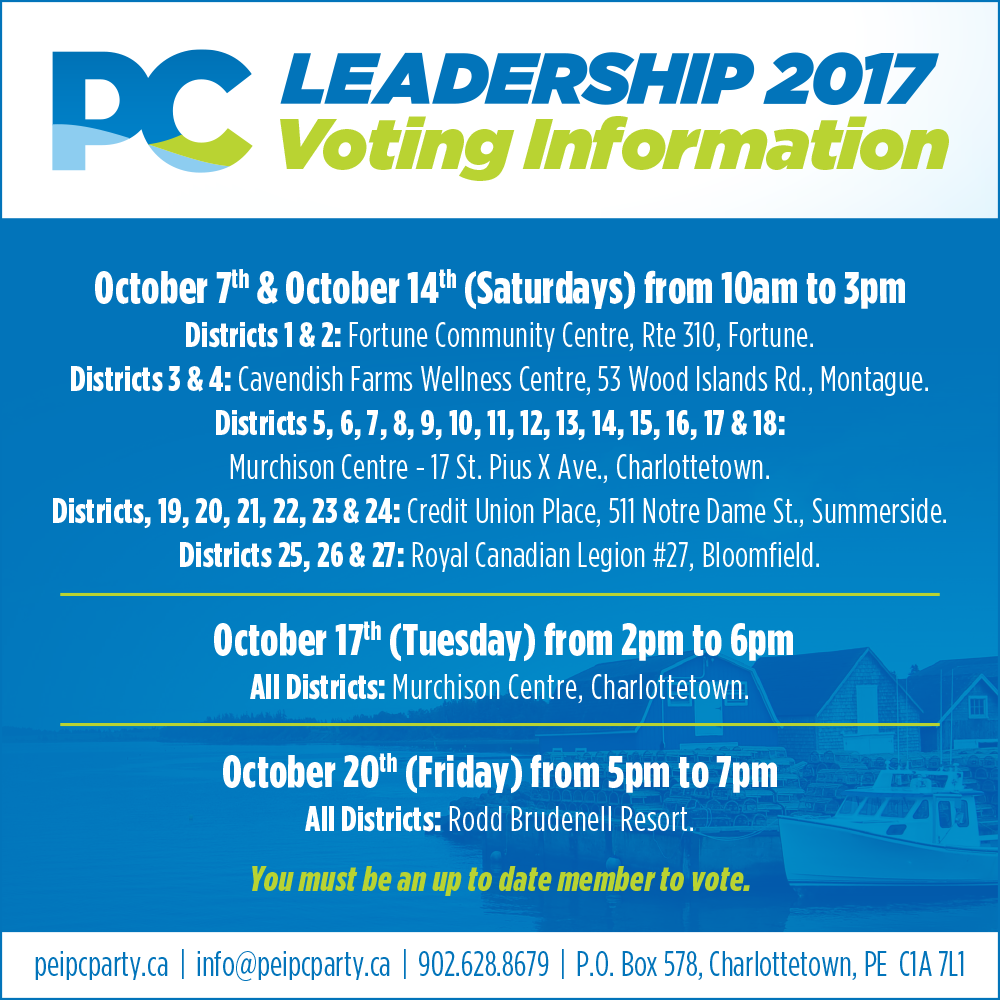 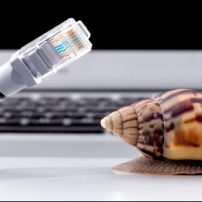 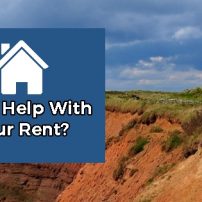 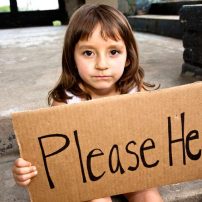 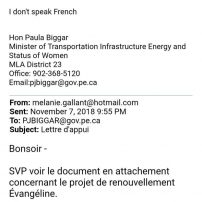 To Run Our Campaign Requires Money

That’s why we pay taxes, and where government’s focus should be.

Those are the qualities that should be a given in our leadership.

Our PC mission and core values show that we are the party for innovation, diversity, social justice, and the environment.

LET’S GET BACK TO BASICS

Mission – Our mission as Progressive Conservatives is to form a fiscally responsible, socially progressive government that promotes individual achievement and personal responsibility, is accountable to its citizens, listens to its people, and embraces innovation, while preserving the best of our unique heritage and diverse cultures and learning from the past.

Who Is Brad Trivers?

Brad Trivers is the PEI Progressive Conservative MLA for District 18 Rustico – Emerald.  He lives in New Glasgow, PEI with is two children Annika and Alexander  – born in 2006 and 2009 – and wife Karen Turner Trivers.  Brad and Karen own and operate their own business – SunriseWeb.ca – where he is an information systems consultant, creates websites and does freelance WordPress development.  Brad enjoys “playing” oldtimers hockey in North Rustico, is an active member of Central Queens United Church in Hunter River, coaches minor hockey and soccer, and is often seen performing at local ceilidhs and kitchen parties.

Trivers is not an Island name, but as his uncle says, it is “rivers” with a “T” in front – if the “T” was at the end it would be “riverst” (reversed).

Why does Brad want to be PEI PC Party leader?

Why I want to be PC Leader

It’s my belief that Tories – and Islanders in general – are tired of political games, empty promises, blatant patronage and politicians who are out for personal gain.  Government must work for the people – not the other way around.

We need to get back to basics – integrity, accountability, common sense – and our core Progressive Conservative values.  Our PC values are outlined clearly in the constitution, but somehow the Island Tory brand has been disassociated with these guiding principles.  I will bring our core values to the forefront and make them the lens through which we make decisions.

At the same time we need to embrace change, empower front-line civil servants, and bring innovative solutions forward to solve our problems and improve our government.  That’s why we are Progressive Conservatives.

Also, we need to work as a PC team.  There is no all-knowing mythical leader who can step in and be all things to all people – every person has something of value to add.  When a leader (and/or their party) believes they are the only one with the right answers failure is imminent.

I didn’t get into politics for the money – indeed as a successful businessman I took a pay cut to become an MLA.  I chose to be an Islander because of the culture and the people – and I believe the PC core values that I cherish are those that most Islanders hold dear.  I want to see these values driving the policies and actions of the Provincial Government of PEI.

I look at the big picture, and the long-term outcomes.  For example when I ran in 2011 I knew it was likely I wouldn’t win, and I already had a plan in place to work hard so I could get elected in 2015.  I believe in delayed gratification, and short-term pain for long-term gain.  As a community volunteer, businessman and father I have built a life where I have the opportunity and wherewithal to be an elected public servant.  I’ve always known this was my calling.  In fact in my high school yearbook my ambition is listed as “Prime Minister of Canada” (as an 18-year-old I wasn’t afraid to aim high!).

I grew up on a beef farm (Limousin pure-breds) where we also grew sweet corn as a cash crop in the summer – and my parents were both high school teachers.  Through my involvement in 4-H I was chosen to be the Ontario provincial representative in the Canadian delegation to the US National 4-H Conference.  I am a team player with experience honed playing Midget AAA hockey, travelling the world in the 120-person international musical group Up With People, managing a Information Technology team during the Ottawa high-tech boom, and as a church elder at Central Queens United Church.

As an entrepreneur and web developer I believe strongly in innovation, and intimately understand the technological forces that are re-shaping our world.  As an accomplished actor, musician and entertainer I feel very comfortable being in the public eye, and know how to get my message across.

In short, I believe I have the experience and the qualifications to lead the PEI PC Party as we re-establish our brand based on PC core values – with progressive policies we need and Islanders want.

To Vote For Brad You Need to Be a PC Member!

We Need Volunteers To Help Brad