For most people, reading through legislation like the large Municipal Government Act is not the easiest way to understand what the current municipal restructuring process actually is.  Dave Pizio from the Rural Municipality of Greenmount-Montrose prepared the following flow chart to illustrate the current municipal restructuring process as legislated by the Municipal Government Act.

I think the flowchart clearly illustrates that how unincorporated areas are marginalized by the current legislation.

For an unincorporated area to initiate a proposal they must present a petition with 30% support; neither the Minister or an existing municipality does.

The Commission (IRAC) must notify several other entities of the proposal – the Minister, Initiator, adjoining municipalities, First Nation Bands as needed, other municipalities as needed, and the Federation of PEI Municipalities – but the impacted unincorporated areas are NOT in this list.  All that is required is a newspaper ad, three “conspicuous” flyers, and an optional “other method” (presumably posting to the internet). 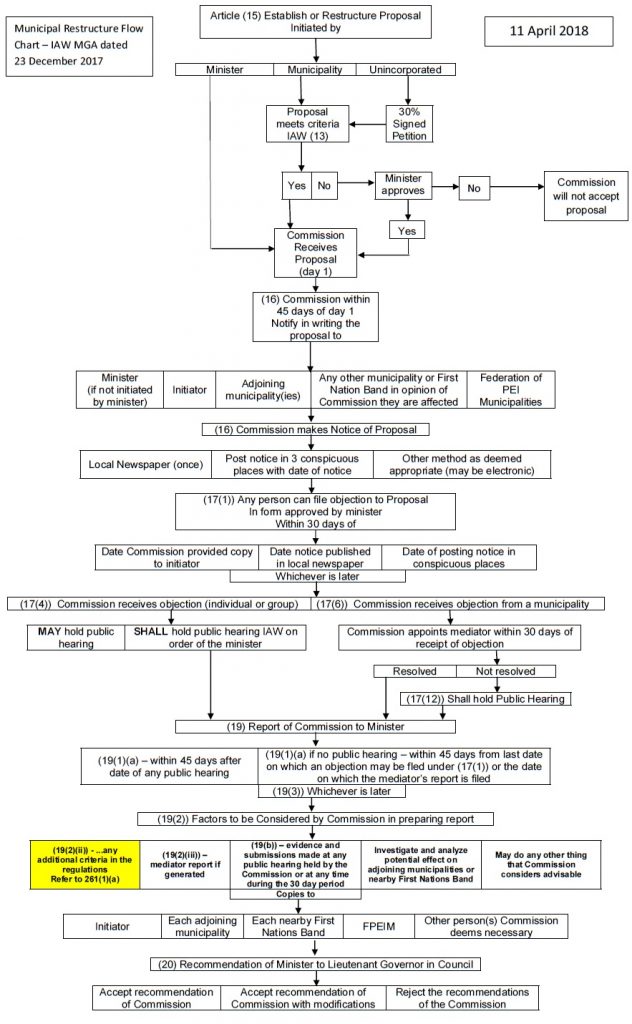