Minister of Education, Doug Currie and his Deputy Minister Susan Willis appeared before the committee to talk about the restructuring process of PEI’s Education system. 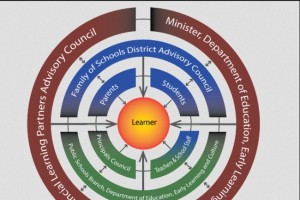 Basically – he said, it is a matter of determining student services in the realm of “what do the schools need to support a learning environment that is learner focused: and how to give the principals and teachers the tools they need to be effective”

Dates are being sought for a review of the impact of HST on the Construction Industry as requested by PC MLAs as well as a date for a meeting with Bell Aliant and the provision of high speed internet across the province again, as raised by the PC MLAs

FYI – District Advisory Councils are made up of:

The District Advisory Councils will provide a stronger voice for students and parents in shaping public policy in K-12 education. The Principals Council will enable focused conversations on learning perspectives and learner needs from the perspective of school principals.

Pat Campbell has been organizing District Advisory Council meetings and will act as a facilitator and liaison with the Department of Education, Early Learning and Culture.

The District Advisory Councils will consider local issues as well as topics that the Department of Education, Early Learning and Culture is seeking advice on, including:

Learning Partners Advisory Council will advance a learner-centered culture of educational excellence from birth, through post-secondary and the workforce.