You are here: Home / Issues / Lyme disease – action to prevent and treat required 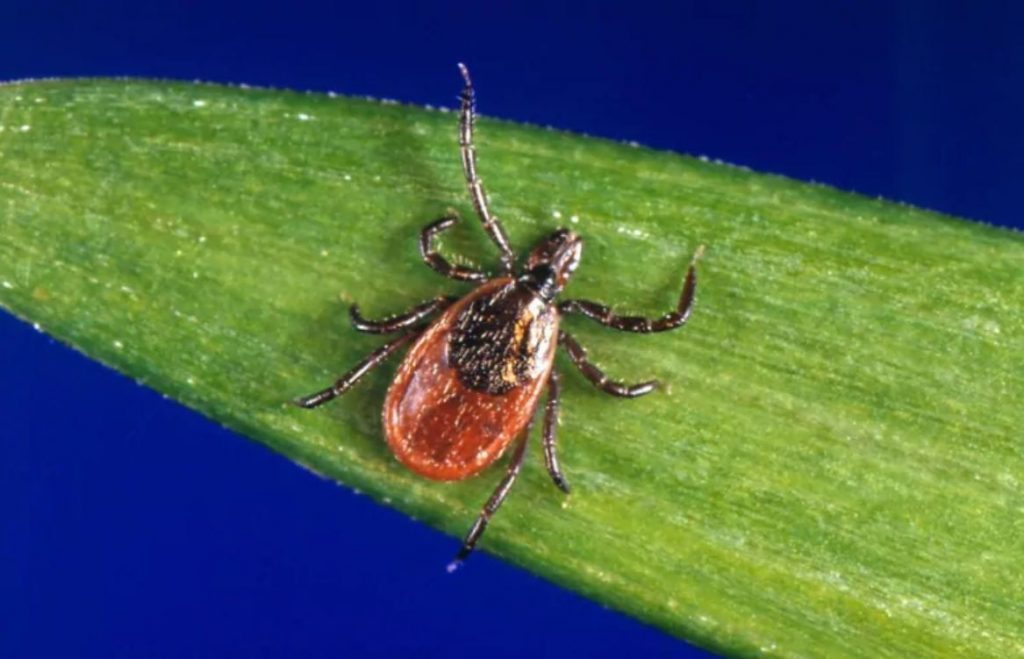 Lyme disease is on PEI, and action needs to be taken to prevent it’s spread, enable diagnosis, and allow effective treatment.  A 2017 scientific study conducted by biologist Dr. Vett Lloyd of Mt. Allison University confirms that P.E.I. is home to blacklegged ticks. For her study, over 350 blacklegged ticks were collected from across P.E.I. Ten per cent of these ticks were found to be infected with Lyme.

Several Islanders have been travelling to see Dr. Richard Dubocq in Maine for diagnosis and treatment of Lyme disease.  He has uses different tests (e.g. IGeneX blood test) to diagnose Lyme disease than are used on PEI (e.g. ELISA blood test).  It is believed by advocates that the more sensitive tests available in US labs like iGenex can detect many more true Lyme cases, compared to the lower number of cases currently detected with the insensitive ELISA blood test currently used in PEI.  (iGenex offers a tick panel which tests not only for Lyme but also for other serious tickborne diseases.)

In addition, Dr. Dubocq can prescribe long-term use of antibiotics to effectively treat the disease.  On PEI Doctors are allowed prescribe antibiotics for a maximum of 21 days because of risk of C. difficile infection and drug resistance – even if they feel this is the necessary treatment for Lyme disease.

“There is a lack of adequate diagnosis and treatment due to flawed Canadian clinical guidelines…which means that many Islanders (and other Maritimers) are forced to spend $1000s out-of-pocket in order to seek more effective blood testing and medical treatment in the US.”

The following actions are being lobbied for by concerned Islanders, many of who have been directly impacted by Lyme disease:

Health PEI needs to admit there is a problem and quantify it.  There are a number of practical steps people can take to protect themselves from being bitten by ticks – and therefore getting Lyme disease (e.g. move playground equipment into sunlight). People need to be warned about the risks associated with getting bitten by ticks.  In areas of PEI where Dr. Lloyd’s research has confirmed the presence of ticks with Lyme disease, signs should be posted.

b) Use IGeneX Blood Test on PEI

The IGeneX blood test should be available/used by doctors on PEI to help diagnose Lyme disease.  iGenex is a CLIA-accredited lab that is widely recognized as credible/reliable by many US states and health organizations.  It has a wide range of available tests for Lyme as well as other tickborne diseases (babesia, anaplasmosis, Rocky Mountain spotted fever, etc).  iGenex offers a tick panel which tests not only for Lyme but also for other serious tickborne diseases.

c) Legislation for Long-Term Antibiotic Use

Long-term antibiotic use is required to eradicate Lyme disease in a patient (not unlike tuberculosis and rabies).  Legislation is need to allow doctors on PEI to prescribe antibiotics long-term for treatment of Lyme disease.  For example, in Maine legislators passed “An Act to Improve Access to Treatments for Lyme Disease” (HP0289, LD422 Item 1). Now physicians in Maine are free to appropriately treat for Lyme Disease without fearing that they might have their licenses to practice medicine revoked by health authorities.

Are Islanders really at risk? (There are no deer here, right?).

PEI’s Chief Medical Health Officer should report in the legislature to all MLAs, not to the Minister of Health.

Local physicians know all about Lyme, and how to diagnose & treat it, right?